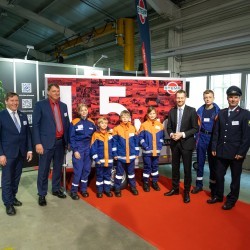 For its 70th birthday, the traditional Saxon company STEMA Metal Leichtbau received not only employees, partners and customers but also representatives from local government and the state government on Wednesday. It was not just the birthday boy who received gifts. 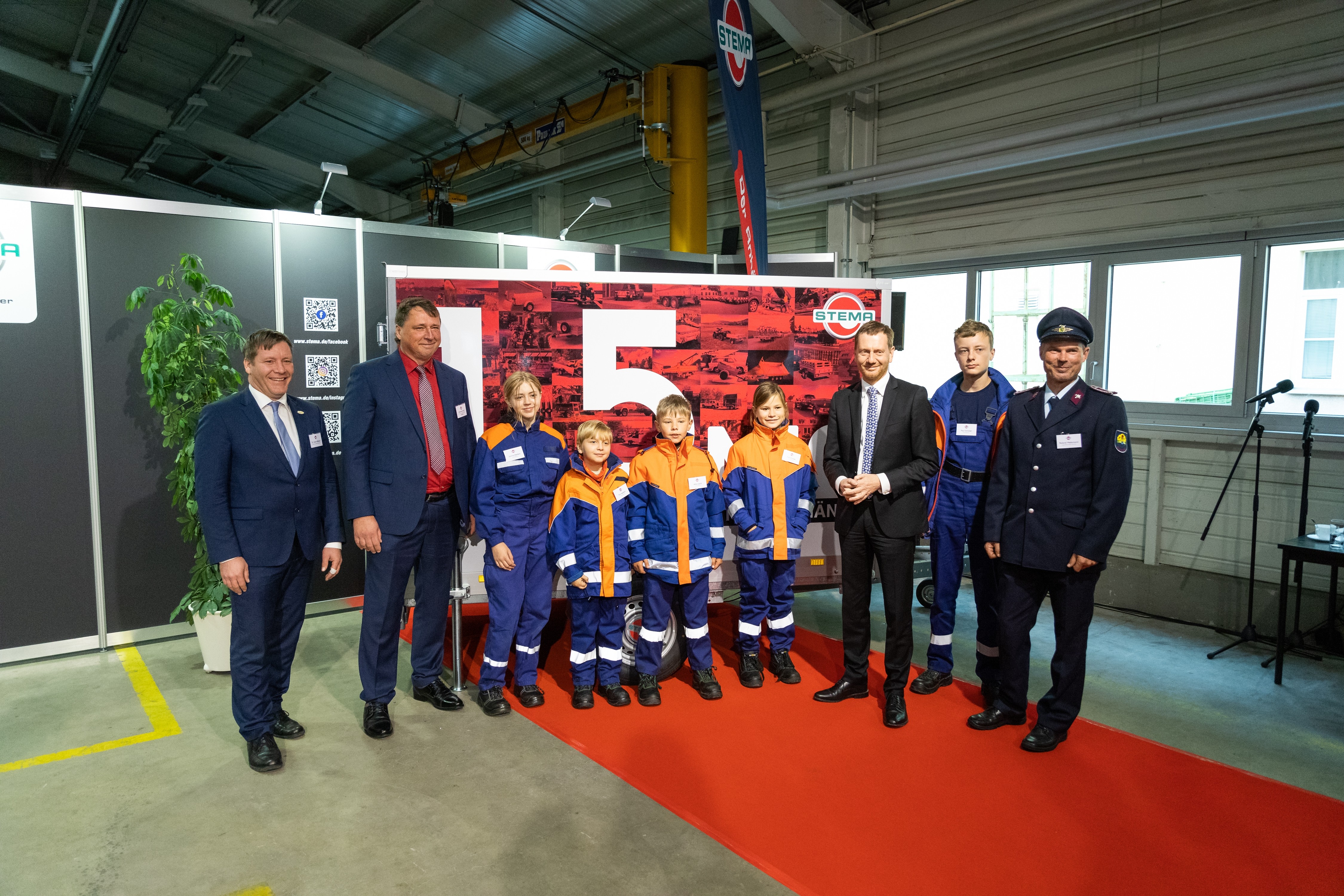 That today we are not only celebrating our 70th company anniversary, but also the handover of the Being able to celebrate 1.5 millionth followers actually happened by chance ”, explains Michael Jursch, Managing Director of STEMA Metalleichtbau GmbH from Großenhain in Saxony, in front of the assembled guests. “Still, we're just before that Background of this meeting particularly proud. "

After the coincidence of the two events had been announced, stood for Those responsible at STEMA determined early on that it was next to an appropriate The framework for the company anniversary should also be an extraordinary event. the The raffle for the anniversary trailer proved to be particularly suitable here. Since the beginning August, non-profit organizations were able to apply online for the following take part in an online voting.

In his address, Managing Director Jursch was particularly pleased with the The fact that with the youth fire brigade Ponickau a participant from the region as lucky winner has been determined. Altogether there was the close to celebrate the day Connection between STEMA Metalleichtbau GmbH and their Saxon home at the center of the historical consideration. This is how the guest of honor Michael Kretschmer, Prime Minister of the Free State, referred Saxony (CDU), in his address on the importance of the company for the Region.

"Since it was founded in 1951, STEMA has become a traditional Saxon company and leading German manufacturer of car trailers and transport solutions developed. The history of STEMA is closely related to Großenhain and the people who living and working here linked. My heartfelt congratulations also go to them Employees who, with their highly committed work, uphold the tradition continue operations. You have been Saxon for the past 70 years A success story written and you can rightly be proud of what you do have achieved together. "

Prime Minister Kretschmer combined his congratulations with the conviction that the performance of STEMA and the people in Saxony should give rise to “with to face the future with a smile and healthy self-confidence. " In his speech, Michael Jursch had previously given an outline of the story of the company, from its beginnings in the former GDR, through the Reunification to the present, also to the challenges of the future pointed out. He also emphasized the need for support from Those responsible from politics, for example in the area of ​​the further development of Infrastructure in the region in the form of a traffic connection to Grossenhains to the greater Dresden area.

The mayor of the city, who was also present, found similar words Grossenhain, Dr. Sven Missbach (independent). He also emphasized the close relationship between STEMA and the city of Großenhain and also "outed" itself as a Owner of a STEMA car trailer.

The ceremony was rounded off by the ceremonial handover of the 1.5 millionth STEMA Trailer to the five young members of the Ponickau youth fire brigade who had traveled and their youth armed forces leader Roland Weitzmann.

In his acceptance speech, Weitzmann was proud of his intense commitment Comrades and residents of the community in the Saxon district of Meißen to report. Literally on garden fences and front doors, the youth had the Voluntary fire brigade has done persuasion work since the start of the coordination phase and, according to Weitzmann, met with a lot of sympathy and positive feedback. Under The youth fire brigade managed to vote a total of 139 applicants online by voices from all over the Federal Republic with an impressive distance of 106 votes to enforce runner-up. A joint effort in the Weitzmann, in his words, a “lesson in lived comradeship and Openness ”recognizes that would have symbolic character for him and his work, which is still about the joy of profit went beyond.

Subscribe to the STEMA newsletter and get news and special offers emailed directly to you. 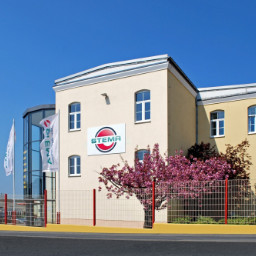